Despite being created over 25 years ago, Java continues to be one of the most popular enterprise coding languages. According to The PYPL Popularity of Programming Language Index in December 2022, Java is the second most popular programming language in the world. So, it’s no surprise that Java programming is one of the most sought-after skills in the IT market. And that’s why many software developers consider this direction for the next stage of their development.

We spoke to Paweł Tatar, a Software Engineer who, after many years of working in PHP language, decided to switch his technological area and join VirtusLab as a Java Developer.

Why did you decide to change your career path?

The reason for this change was twofold. I have been working with Java devs for a long time. We got on very well, and I didn’t find Java that distinct from what I had done so far. There are a lot of similarities between Java and PHP. The second reason is, of course, financial issues since Java offers much better opportunities.

Why did you choose Java?

It was pretty obvious as Java seemed to be reasonably available to me. The methodology in PHP and Java is almost identical, and learning the syntax was not as difficult as one might think. Apart from that, many tools/frameworks work similarly:

PHP is generally considered to be simpler than Java. Do you agree with this?

Contrary to the stereotypes that PHP is a language of poorer quality, the differences between those two languages are not that significant. PHP has considerably improved in recent years and now allows for strong variable type, along with PHP frameworks that also have developed.

While thinking about the change, did you already know in which organisation you want to work?

It is worth finding a flexible and understanding organisation as a technology-changing programmer in the first months of work. A developer like this cannot do as much as a regular programmer. The key factor here is also the team that can significantly accelerate the whole implementation process. What broadened my knowledge greatly were regular feedback and my colleagues’ opinions. This is what I found in VirtusLab.

How exactly did your career change look like? What did you start with? What materials did you use?

I am a self-thought type, so I used various sources and searched for a lot of information from both the Internet and books. I think this is the most effective path, as you can come across a wide variety of materials. I almost instantly deployed the acquired information and started writing simple scripts.

I also participated in a bootcamp for students, but I didn’t find this form of learning suitable. The whole camp consisted of 6-8 meetings, 1.5h each, during which we were instructed on how to create Java applications. Those meetings took the form of lectures rather than practical classes. Later at home, we were supposed to do our own work, with the possibility of asking organisers specific questions.

In the process of exploration, it is worth trying various forms of learning and choosing the one that is best for you. I encourage you to search for interesting materials. Meanwhile, I can recommend:

I consider a solid foundation enough to start regular work. That’s how I get my position in VirtusLab. Working on a commercial project here turned out to be a great success that accelerated my growth.

How long do you think the whole cycle of switching from PHP to Java may take?

It seems to me that the full cycle takes about a year of work. After a few months as a Java Developer, I can provide about 60-70% of what more experienced people can do. Yet, on a daily basis, I still have to use documentation. 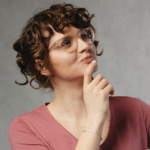 How a Little-Known Jackson Feature Helped Secure My Domain Code
Read more
Let us light up a path to your future success today
Contact us
This site uses Cookies to offer you a better browsing experience. Further use of the site means that you agree to their use. You may change your Cookies settings on your internet browser or delete Cookies at any time. Find out more on how we use Cookies and how you can change your settings
Cookie settingsACCEPT ALL
Manage consent