I am delighted to introduce a new member of VirtusLab’s external board of advisors: Martin Odersky.

It is hard to do Martin justice in just a few sentences, but I shall try my best!

Martin Odersky is professor of programming methods at École Polytechnique Fédérale de Lausanne (EPFL) in Switzerland. He began his brilliant academic career as a PhD student of Niklaus Wirth before moving to postdoctoral work at IBM and Yale. While taking an early interest in functional programming from its understated beginnings, he co-authored the design of what was to become Java 5, introducing generics to the language. Later, of course, he created and nurtured Scala, a hybrid of the best of functional programming and object-oriented design, which is ranked as the thirteenth most popular programming language. It is no exaggeration to say that his influence can be seen in many modern programming languages, and his life’s work has played a significant part in the widespread adoption of the functional paradigm in the industry.

For VirtusLab this confirms and strengthens our long term strategy of active participation in the Scala ecosystem. With Scala 3 just around the corner and its potential for Reactive Systems, Cloud Native and Big/Fast Data, we have a great perspective on the Scala ecosystem.

VirtusLab is going to significantly increase its involvement in Scala 3’s ongoing development. This means developing the Scala 3 compiler itself, integrated closely with the tools around it, providing commercial support, and contributing educational efforts to the community. We are going to further intensify our existing close collaboration with the Scala Center and EPFL, as we aspire to give Scala 3 the investment it needs to become a trusted and dependable language, ecosystem and community, while we strive to increase its adoption and success in all areas.

In the immediate future, a significant part of our efforts will be focused on guaranteeing Scala 3 is delivered as a language its users can rely on, and that the transition from Scala 2 to Scala 3 can be smooth. This, however, is just the tip of the iceberg: we are starting work on many exciting new initiatives in this area, and we hope that you will stay tuned as we reveal more of our roadmap over the coming months, and join us on this exciting new journey!

That is definitely not all! This year, VirtusLab celebrates its position as a major player in the technology industry, with a decade of organic growth behind us, being one of Europe’s fastest-growing technology companies. VirtusLab is not just focused on Scala, we are already active in many other areas, both in terms of technology and business use cases. Given Martin’s breadth of experience, we are counting on his insights across the whole business landscape.

Deep engineering expertise
At VirtusLab we are experts in Reactive, Cloud Native and Data Intensive systems. We often build them with Scala. Take a look at some of the projects we helped to build and don’t hesitate to get in touch if you are interested in cooperation.
Reactive Systems 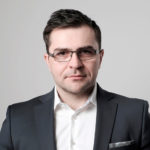 Scala 3 migration: 7 benefits that outweigh the risks
Read more
Let us light up a path to your future success today
Contact us
This site uses Cookies to offer you a better browsing experience. Further use of the site means that you agree to their use. You may change your Cookies settings on your internet browser or delete Cookies at any time. Find out more on how we use Cookies and how you can change your settings
Cookie settingsACCEPT ALL
Manage consent