With the ever-growing popularity of functional programming, effect systems are getting more and more traction. Unfortunately, they are still a long way from being beginner-friendly since reading functional pipelines requires some getting used to. It is specifically the case when we are dealing with parallel programs. Writing them requires remembering a multitude of names of functional combinators. Additionally, the resulting code looks very different from the mainstream imperative code. In this post, we will try to aid this problem by introducing a way to automatically parallelise effectful code written with for-comprehensions.

Let’s start with a quick summary of effect systems. An effect system is a library that provides a way to track effects in the types. Some examples of such libraries would be zio or cats-effect. They do that by having a type of effectful computations, ZIO and IO, respectively.

As with all APIs, having the types/data structures is not enough – we should also have a set of operations to perform on them. Each of those libraries provides tons of helper functions, from handling console interaction to handling files and streaming data.

In our case, we are interested in the most generic ones, i.e. the ones used most often. That would be map and flatMap.

Now, I know what you’re thinking. And no, this is not going to be another Monad tutorial, so I’ll summarise those functions in two sentences:

Let’s introduce an example of a function we might want to write in a real-world program using effect systems. Our function will be responsible for loading the data for a product on a marketplace website. To get specific parts of data, we will use methods on other service classes. Those will be:

Now that we have decided on the example, there are two styles of writing this type of code. We will label them with greek letters to be able to distinguish them easily.

The Sigma approach is straightforward. We use calls to map and flatMap to glue together the calls to the required methods. A possible solution will look like this:

That’s it. We used all of the required functions from the API and spliced them together using flatMap‘s and map‘s.

Some people don’t like this approach because it lacks clarity and is too explicit. That is where the second approach comes in.

You should decide which approach you prefer since it’s just a matter of style. I’d argue that the main advantage of the Beta approach is being more beginner-friendly since it mimics the imperative style. On the other hand, the Sigma approach is more explicit, which makes it easier

There is an old polish saying: “If you can get the same result faster and slower, then it’s better to get it faster”. I’d say that I agree, and probably so would most software clients. That’s why we would like to make our example application faster. But how can we make it faster, without knowing the implementation details of our methods? The answer is that we are going to introduce parallelism i.e. whenever two method calls can be done at the same time, we will allow them to be run in parallel.

You might have noticed that calls to productService.getInfo(productID) and recommendationService.getSimilarProducts(productID) can be performed in parallel. That’s because, for both of them, we just need the productID, which is an argument to the function. The same goes for getting owner and rating, though both of those depend on product.

The main questions we have to answer now are:

The middle child of functional programming

How can we change the Sigma approach to utilise parallelism, then? The solution will not change that much:

We changed two calls from flatMap to zipPar, but other than that, the code looks roughly similar.

Now, what about Beta? We might be tempted to write the following code:

Which again doesn’t look that dissimilar to the previous approach. The problems here are that:

Oh no! Does this mean that we cannot use for-comprehensions for parallel code? Is there a solution?

Of course, there is! Let’s take a look at it below.

I’ll summarise what the macro does in three steps:

How to use AvocADO

Provided you added a dependency for avocADO in your build tool, the code for our example will look like this:

That’s it. You just import the macro function and instance, pass the for-comprehension as an argument to ado and let the library do the hard work.

I hope this blog post gave you a good explanation as to why we need Applicative in functional programming and what it can offer us.

If you think that the library sounds interesting, then consider trying it out. It is still very much in the experimental stage, so bug reports, feature requests, and contributions are very much welcome. Also, consider giving it a star. 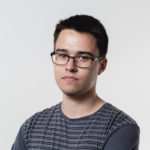 Build your own framework using an annotation processor
Read more
Let us light up a path to your future success today
Contact us
This site uses Cookies to offer you a better browsing experience. Further use of the site means that you agree to their use. You may change your Cookies settings on your internet browser or delete Cookies at any time. Find out more on how we use Cookies and how you can change your settings
Cookie settingsACCEPT ALL
Manage consent