Our contribution to the tech community began in 2010 with our first KSUG (Kraków Scala User Group) meetup and then in 2014 when VirtusLab co-organized a conference focused on new technologies (of that time), including Scala. A year later we went out with the React Day. This event was mostly dedicated to reactive applications development as we were thrilled by the Reactive Manifesto. 2016 was a breakthrough because since then our conference has adopted the name of Sphere (ScalaSphere). The event was to showcase how dev tools can facilitate the effective development of Scala-based systems and to discuss future improvements. ScalaSphere DevTools Summit was also the result of our growing expertise in the Scala language and Scala tooling. In 2017 ReactSphere (reactive programming & system design) was added. 2018 was important due to the new event’s formula that we adopted – 3 in 1 – and its name: Sphere.it. 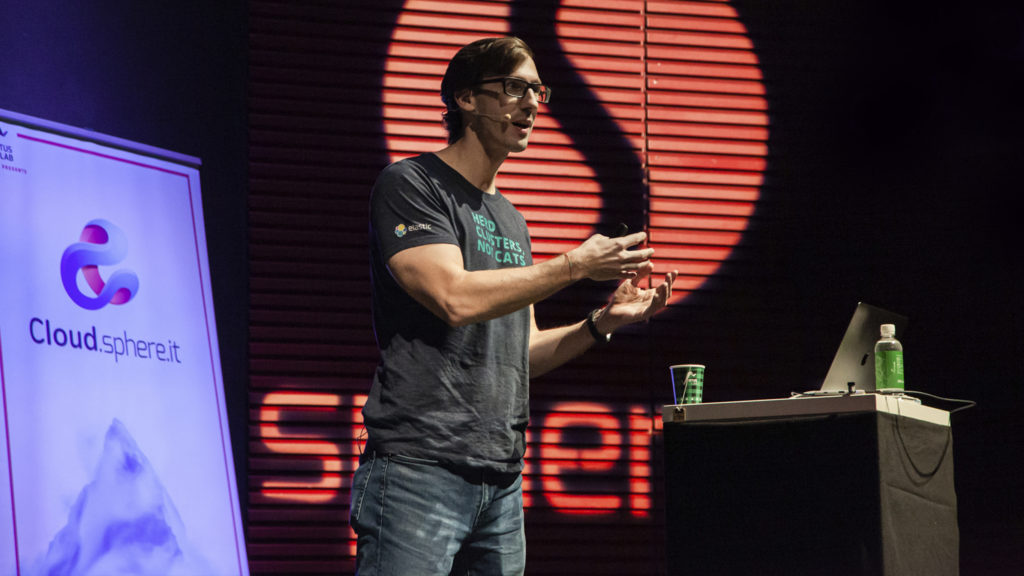 Our main aim was to create an event that would provoke to make a positive change in the way of building software systems, giving the opportunity to learn, share and connect. During one conference there were 3 thematic paths covering the emerging potential of software technology in Scala, Reactive programming and in a brand new topic that we decided to cover – Data. We also introduced the “mini sphere” form, i.e. open meetups after the conference which are focused on prospective technologies: Cloud and Frontend. In 2019 we decided to officially add these two areas to React, Scala and Data. During a “mini sphere” form we discussed Kotlin ecosystem and Quantum computing. Since 2019 the idea of 5-in-1 has been developed, and now in 2020, it’s going to be continued. Sphere.it will focus on solving real problems with state-of-the-art technology within 5 spheres: Scala, React, Data, Cloud, Frontend and we are going to organize mini spheres as well.

The idea behind this

After this short history lesson, let’s focus on the idea behind the Sphere.it. It remains the same through the years: look beyond the horizon to inspire IT people. The conference in its shape focuses on state-of-the-art technology and solutions to day-to-day developers’ problems. It’s an event that gives the opportunity to meet inspiring tech people in person, gain experience, to become acquainted with good practices during workshops, talks, and hackathons. At VirtusLab we decided to fully involve in organizing professional IT conference and meetups to fully contribute to the tech community. It’s our mission and one of VL’s main ground.

VirtusLab team is organizing professional IT events since 2010, but we can say that it’s going to be the 3rd edition of Sphere.it in its current form. We are building it from scratches, without any help from external entities. Around 30 people from our departments – dev, events, marketing, recruitment, and others- are working hard to put the finishing touches. Every year among the invited speakers are a lot of VL’s employees – last year 12 of them gave the lecture or run workshops. And when we are at the numbers, it is worth mentioning that around 2000 people participated in all editions of Sphere.it, the most in 2019’s – 600 people. We always aim higher so this year it’s going to be more!

In a nutshell, Sphere.it is a conference to get you inspired in your professional life. You will see how to solve the real problems with state-of-the-art technology and all of that with a focus on production systems – technology, trade-offs, lessons learned and problems. This year we have divided stages according to their level of advancement. The Main Stage belongs to Masters of Software Craftsmanship – real technology rockstars and creators of technologies. They will present their experiences of running scalable, large-scale systems in production, with real users and real trade-offs (and real deadlines). The Cameral Stage is dedicated to truly advanced talks where tech professionals will dive deep. They will show their detailed expertise, not obvious solutions and brand new tools. The Rehearsal Stage is a place for those who want to start their adventure with particular technologies.
The spheres indicate the technology area which will be covered: 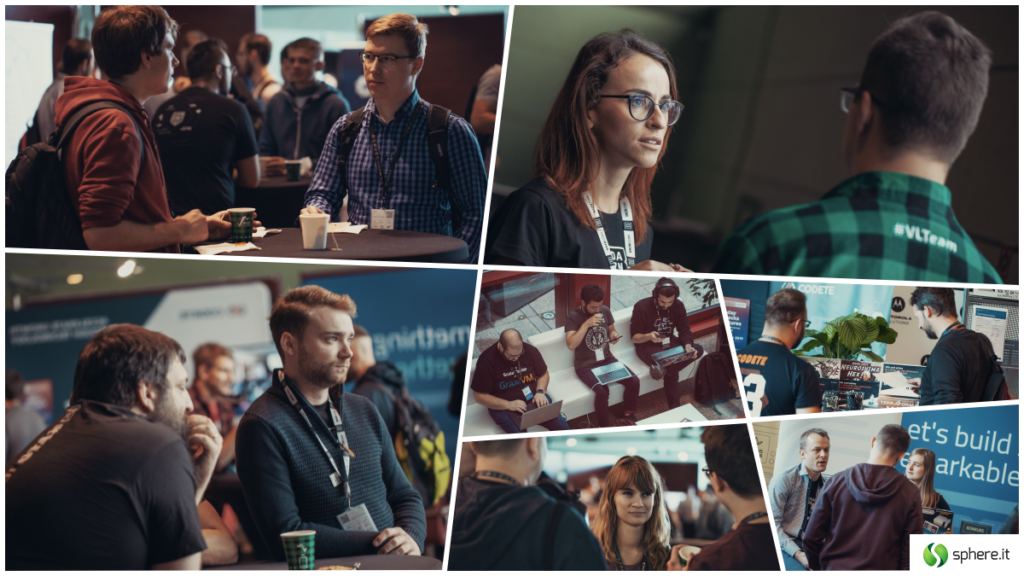 If you want to know more about this year’s edition go here. 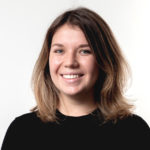 Meet us at the ScalaCon 2021!
Read more
Blog

sphere.it – this is how we did it!
Read more
Blog

Meet us there! Online tech events we’re attending in June
Read more
Let us light up a path to your future success today
Contact us
This site uses Cookies to offer you a better browsing experience. Further use of the site means that you agree to their use. You may change your Cookies settings on your internet browser or delete Cookies at any time. Find out more on how we use Cookies and how you can change your settings
Cookie settingsACCEPT ALL
Manage consent